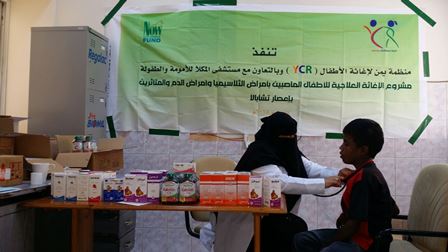 Diabetes is a chronic disease that occurs either when the pancreas does not produce enough    insulin or when the body cannot effectively use the insulin it produces. Insulin is a hormone  that regulates blood sugar Hyperglycemia,or raised blood sugar, is a common effect of  uncontrolled diabetes and over time leads to serious damage to many of the

body's systems,  especially the nerves and blood vessels.In 2014, 9% of adults 18 years and older had diabetes.  In 2012 diabetes was the direct cause of 1.5 million deaths. More than 80% of diabetes deaths  occur in low- and middle-income countries. Type 1 diabetes (previously known as insulin-  dependent, juvenile or childhood-onset) is characterized by deficient insulin production and  requires daily administration of insulin. The cause of type 1 diabetes is not known and it is not  preventable with current knowledge. Lack of access to insulin remains a common cause of  death in a child with diabetes (IDF). The estimated life expectancy of a child who has just  developed diabetes could be less than

a year in some areas (IDF). Many die undiagnosed, others through lack of insulin or lack of  expert care. In some countries, expert care is available but resources are limited and so early  and serious complications frequently lead to death in young adulthood.

In Yemen In 2012, 1.2 million adults and 75 thousands of children had diabetes  most of them Need insulin to stay alive especially in conflict areas, So this project  will save life of children with diabetes in targeted areas.

1-    To Provide 4200 insulin units for poorest 100 under 15 years with type 1 diabetes in Lahj and Saiwon governorates.

2-    To improve the management of diabetes and quality of life of 100 children living with diabetes in Lahj and Saiwon governorates.

2.     100 children living with type 1 diabetes received of the blood glucose monitoring device to manage their diabetes at home in future.

4.     100 families are award on the management of diabetes at home and how can improved children live.