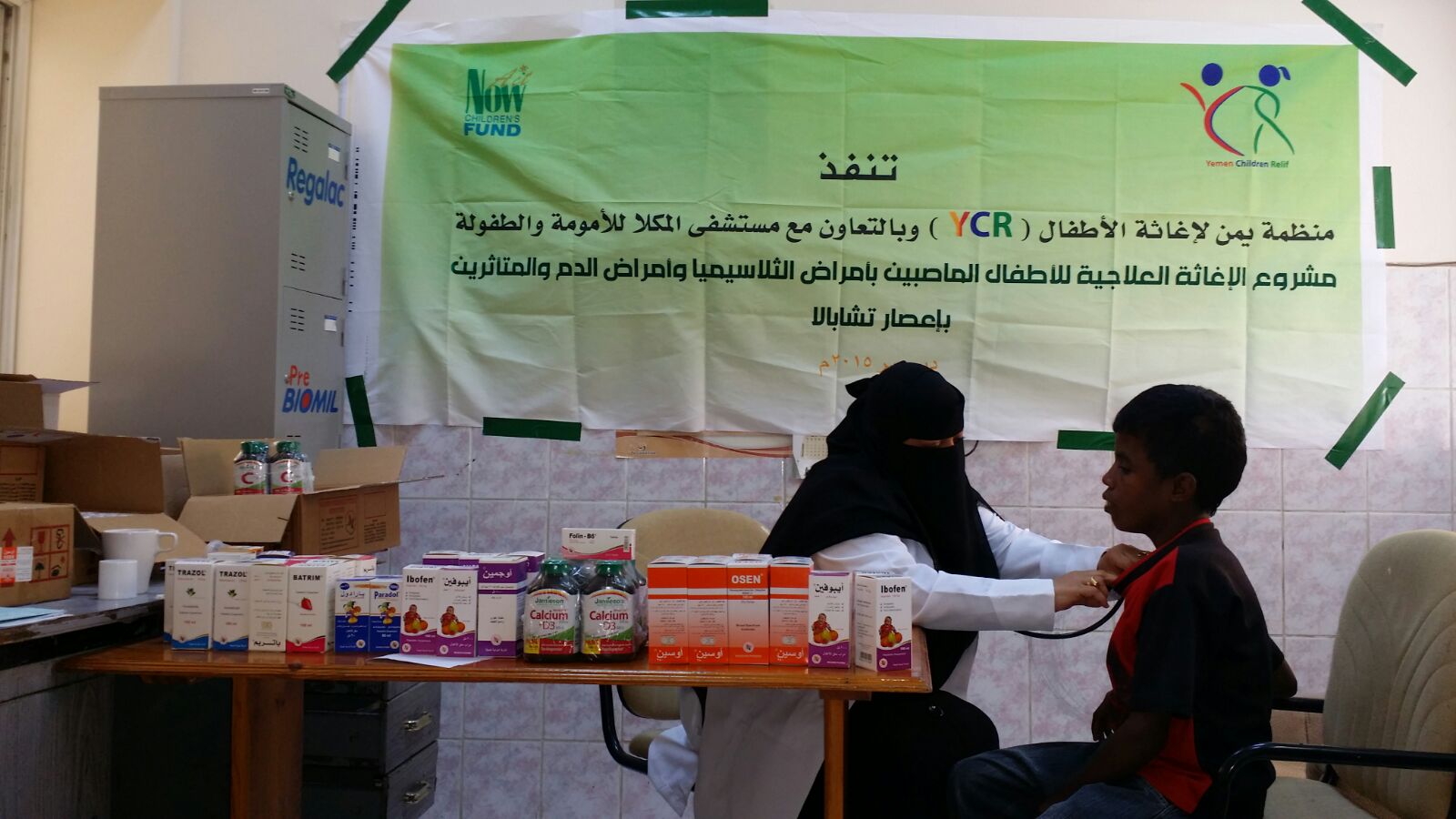 Emergency relief project for children with genetic blood disorder, Thalassemia and those affected by Chapala cyclone

The war, the overall conditions, lack of medications and their high prices have contributed greatly in increasing the suffering of children, especially those who suffer from chronic diseases such as diabetes, thalassemia and other genetic blood disorders.

For these reasons Yemen Children relief organization (YCR) took the initiative to implement an emergency relief project in partnership with hospitals, health centers and clinics.

The main goal of this project is to decrease the suffering of children with thalassemia as well as those children affected by Chapala cyclone by providing hospitals and clinics with all types of needed and specific medications.

The project in his first stage has targeted Hadhramout and Shabwa governorates that were affected by Chapala cyclone which hit all costal governorates causing the increase of children health conditions.

Currently YCR seeks to expand the project area to include more governorates mainly governorates affected by war and siege.